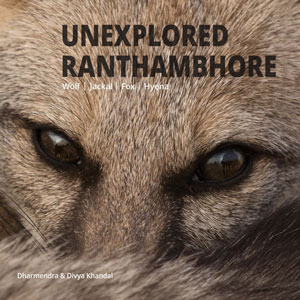 This book is about behavior and ecology of Indian Grey Wolf, Golden Jackal, Indian Fox, White-footed Fox and Indian Striped Hyena. The thriving population of the Indian grey wolf in greater Ranthambhore is perhaps its best-kept secret. This is a first of its kind pictorial book in India, in which we have shared some unique imagery and some of our many intimate experiences of this ecosystem over the past 15 years. 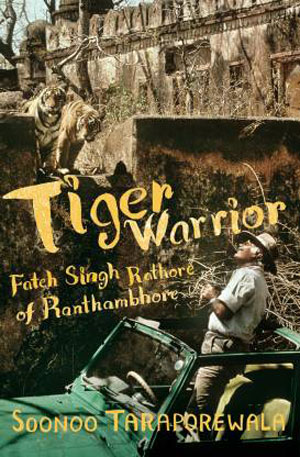 Fateh Singh Rathore Of Ranthambhore tells the story of the conservationist who devoted a major part of his life to help save India’s national animal, the tiger.

Summary Of The Book

Poaching, encroachment, urban development, demand on natural resources, and overpopulation are all pushing the striped cats towards extinction in the wild.

Fateh Singh Rathore joined the Indian Forestry Service, and one of his first jobs, ironically, was to arrange for the killing of the cats that he grew to love. He was asked to organize a tiger hunt for the visiting Queen Elizabeth II of England.

Later, Fateh Singh became an ardent conservationist and his management of the park’s water resources and other facilities were pioneering and helped to protect the tiger population. He was among the first to warn of the declining tiger numbers in National Parks around the country, well before the Sariska disaster made international headlines.

Fateh Singh Rathore initiated projects to help rehabilitate the Mogiyas tribe and show them alternative sources of income to stop them helping poachers. He also relocated villagers living within the park area. His frequent warnings about the dangers to the tiger population and drastic decline in numbers resulted in the forest department denying him entry into the park he helped save.

He worked closely with the organization, Tiger Watch, to monitor tiger population and gather information on poachers. His list of admirers include celebrities like Amitabh Bachchan and leaders like Rajiv Gandhi and Bill Clinton. Wildlife filmmaker Valmik Thapar was also a close friend and admirer of Rathore.

Rathore died of died of lung cancer in 2011. Tiger Warrior: Fateh Singh Rathore Of Ranthambhore is a wonderful tribute to the man who fought a lifelong battle against corruption, bureaucracy and apathy to help save the tigers of India.

Soonoo Taraporewala is a conservationist and author.

Soonoo Taraporewala worked as a librarian at the British Council in Mumbai for twenty years. She is a photographer and is also interested in music, literature and travel. The Ranthambore National Park and its animals hold a special place in her heart. 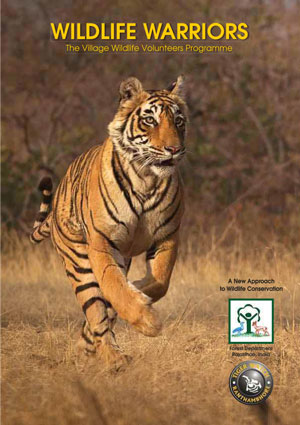 This book answers the question, ‘ what can we do to save our beleaguered wildlife?’.

This book tells the story of Tiger Watch’s  Village Wildlife Volunteer Programme, its beginnings , its challenges, extraordinary successes and how a new approach to wildlife conservation has been established and validated in a relatively short period of time. Today, 50 Village Wildlife Volunteers operate on the edges of the Ranthambhore Tiger Reserve monitoring more than 50%of the Reserve’s Tigers and provide critical intelligence about all illegal activities including poaching. Wildlife Warriors reveals the details of the enormous amount of information collected by the Village Wildlife Volunteers  and acts as a blue print that can be adapted across landscapes. This is a story of not just success but also hope.
Download 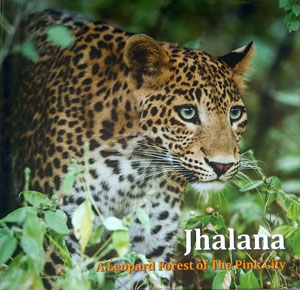 A Leopard Forest of the Pink City

A hard-bound coffee table book on Jhalana was written and compiled by team Tiger Watch at the request of the Forest Department. The former Chief Minister of Rajasthan, Smt. Vasundhara Raje launched and appreciated the book.  The Forest department also appreciated our contribution of the book. The forest of Jhalana, bang in the middle of Jaipur city is home to many of these magnificent cats and they survive in harmony with the growing city. Jhalana stands out as a unique example of harmonious existence between man and nature. The lush hills balance the city’s environment and offer tourists and residents, the unique experience of sighting a leopard. The book has information on the flora and fauna of Jhalana forest and talks about interesting leopard sightings, which reveal more about the behavior of the leopards.  The Forest department presents this book as a souvenir to eminent guests.